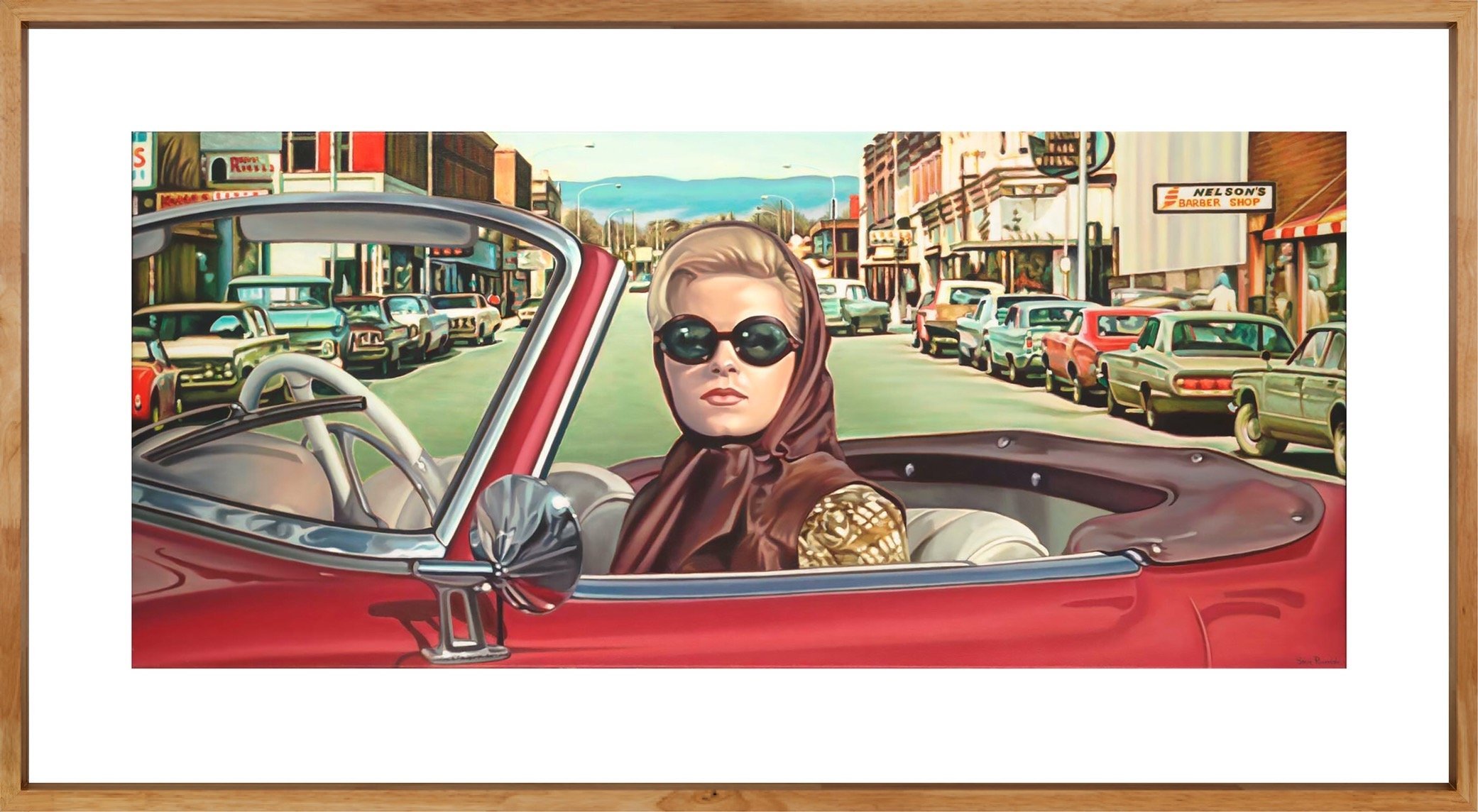 Steve Rosendale is a highly acclaimed Melbourne artist whose ultra-realistic 60s pop art inspired original paintings are highly sought after by collectors. In mid 2020 Steve has released a new catalogue of limited edition prints featuring some of his most popular original paintings. The edition sizes vary with each image.

Tusk Gallery and Artscope Art prints are both offering this new range of signed and numbered L/E Prints both framed and unframed. 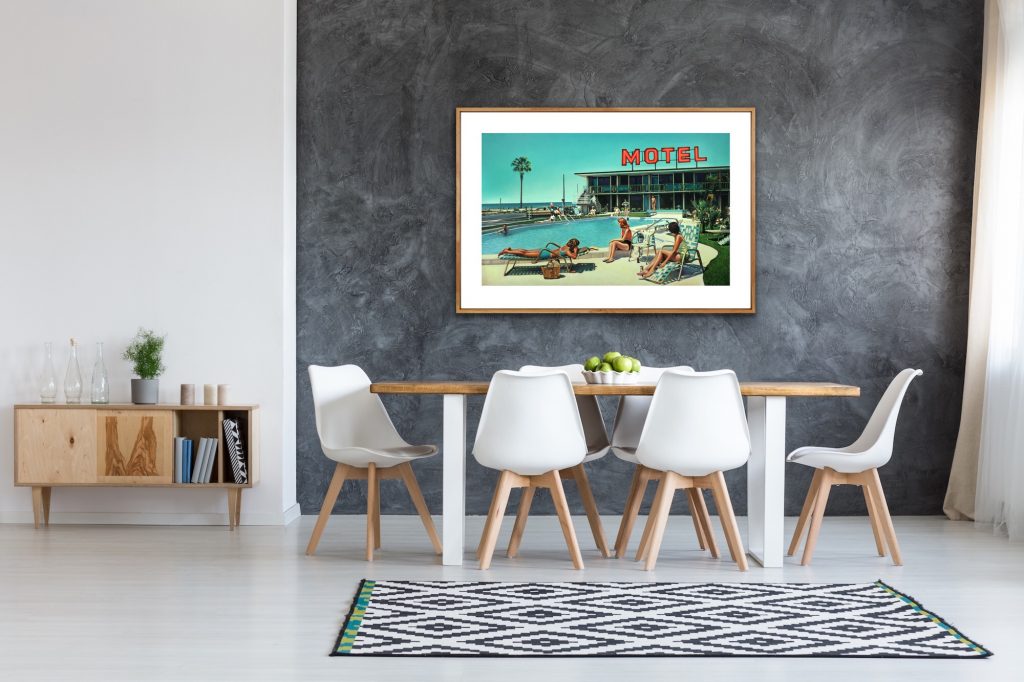 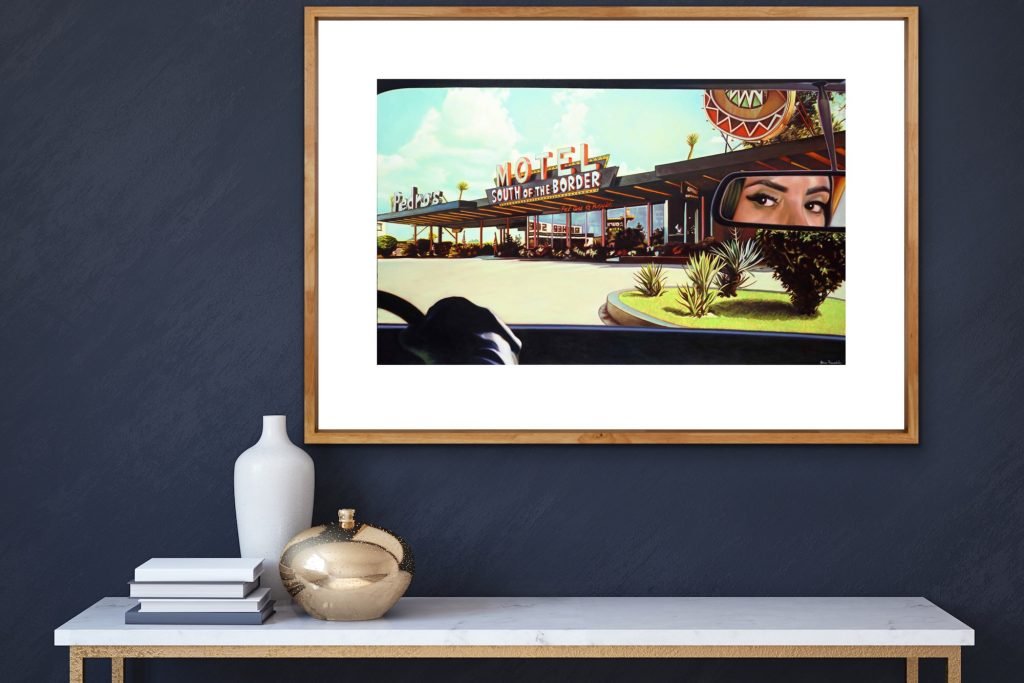 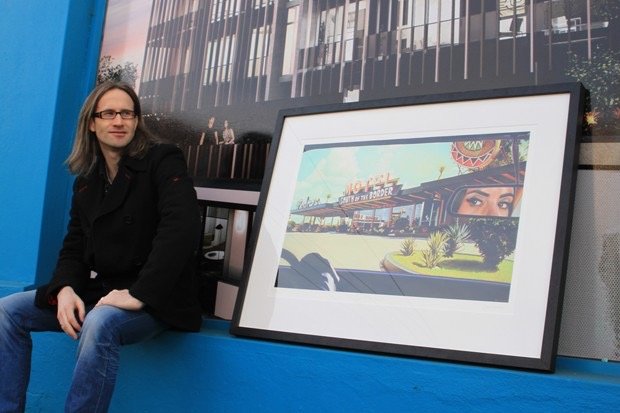 ”At the core of Rosendale’s work is the exploration of the past, and the ability to re-tell those images in a contemporary and cinematic language. These vignettes are at once familiar and obscure, reaching into realms of the viewer’s collective memory. A crystalline assertion of outstanding draftsmanship and the bravura technique of masterful painting, are trademarks of Rosendale’s oeuvre. Episodic images are then transformed into something much more than the original images could ever create. They are imbued with mystery. There is alchemy at work here… Rosendale draws upon a tradition that’s all around us. Like Cartier- Bresson, and Hopper, he captures the everyday. As an archivist, he tirelessly trawls the collective subconscious, and discarded fragments of memory. Equipped with his eye for the compositional, he juxtaposes iconography into something intransigent and thrilling. His is the master of cinematic subterfuge. By re-telling a good story, and enhancing it with the indefinable sense of “what if?”, you feel that you are privy to something private, intimate and special. It’s an almost secretive embrace, in which, the spirit of the past with the present, tempts us with an unanswered question.” 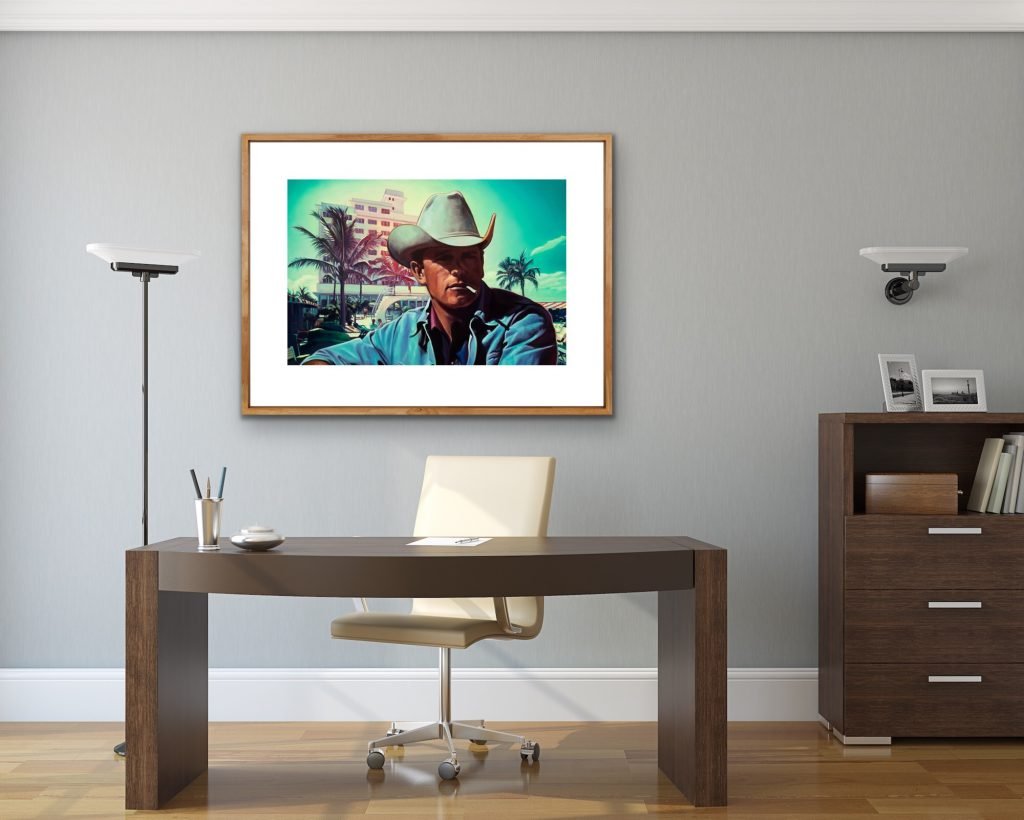 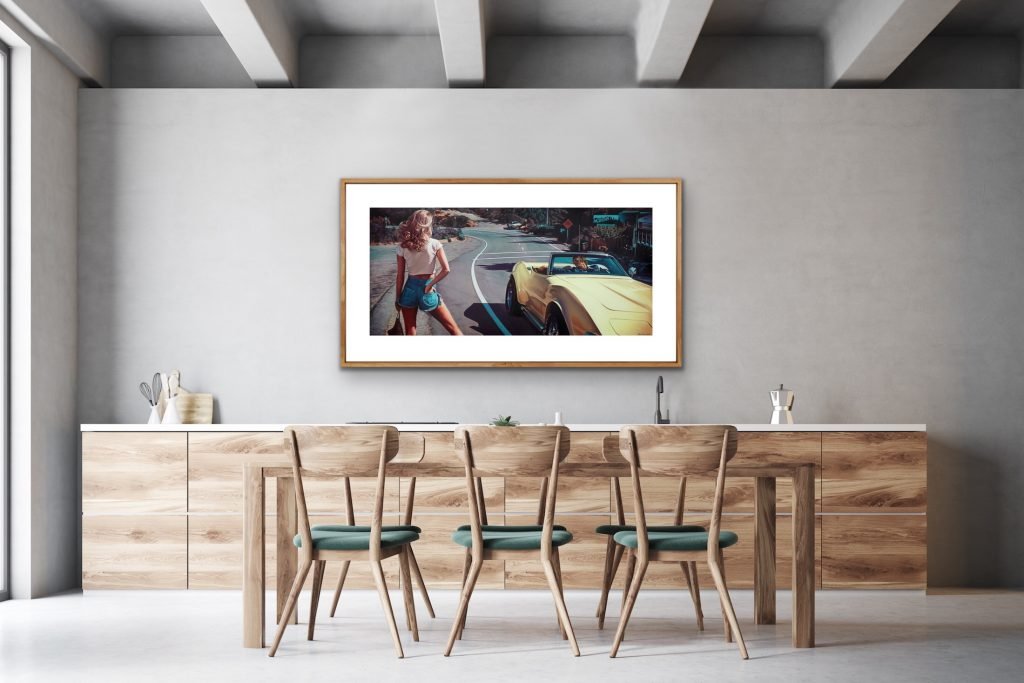 It’s no wonder Steve admires and seeks inspiration from Hollywood actor, director and photographer Dennis Hopper, who passed away not long ago. He talks about how Hopper “would take images of actors around the Hollywood studios in the ’60s while he was on break or waiting for a part. He had an amazing eye for composition and his work has had a huge influence on the way I paint. If I could hang out with him on a photo shoot in the 1960s that would definitely be a dream.” 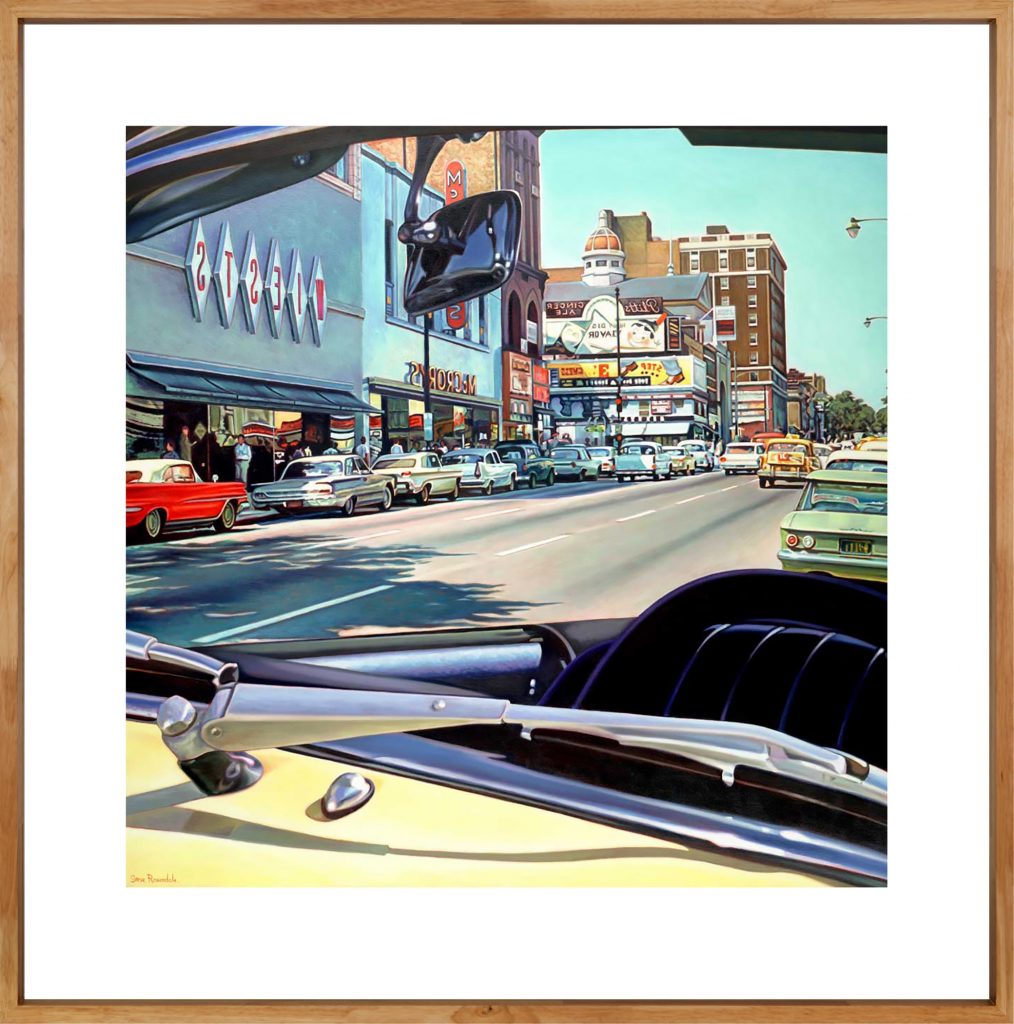 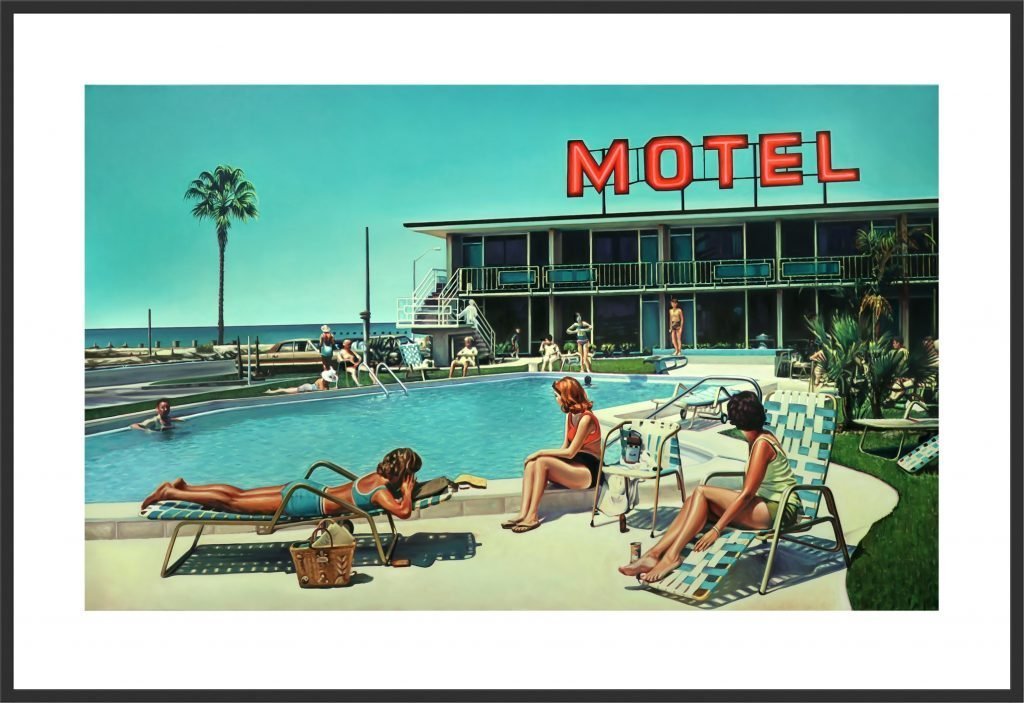