HomeBlogLucky us : Hand Made Cement Tiles for Villa Tusk in Ubud, Bali

Lucky us : Hand Made Cement Tiles for Villa Tusk in Ubud, Bali 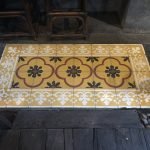 Until last week I knew nothing about cement tiles. Our builder, Leo took us to a small factory in Kerobokan in Bali where I watched with my mouth agape as an old man poured beautifully coloured concrete into a mould, colour by colour until he had completed one tile. In one day he can create about 125 20x20cm tiles.

Now that I’m aware of them it all comes back. Entries to old Victorian houses in Melbourne. They used to be used everywhere.

There has been a renaissance for production and usage of cement tiles in Bali. Probably because of the lower production costs and also the lower cost of installing them in a project. They are fast becoming an integral part of our new villa project.

We are looking at using this eclectic design in a 4 x 2 square metre panel on the floor in the main villa dining space directly under the carved joglo ceiling. We’ll have our dining table and chairs on them.

From my research it appears that the tiles were introduced to Indonesia in 1927 by 2 Dutch expats who lived in Jogjakarta. Their company was called Firma Tegel Fabrik (Tile Fabrication Co. “Middle Java”). They started actual production in 1929 and went on to supply tiles to significant buildings like Jogja’s Kraton. The company went through lots of ups and downs over the next 50 years but eventually cheaper ceramic tiles took over.

In the final years of the 20th century a Javanese artist named Mega Puspa Karang untertook to revitalize the creation of the tiles, and marketing of these beautiful cement tiles and due to his hard work they are now appearing in villas, restaurants and public spaces throughout Bali. Now there are also several producers in Bali as well. After looking around we have decided to use Sadus Tiles based in Sideman in central, eastern Bali.

Now that I am aware of them I’ve realized that they are everywhere. I must say that they have to be used sparingly and the trick is to create good designs. Used badly they can look like crap.

A couple of days ago Georgie and I drove to Sideman in Cental east Bali to visit Sadus Tiles. The factory was beautifully designed and immaculate. The storage systems for the newly made tiles were like an artwork themselves. 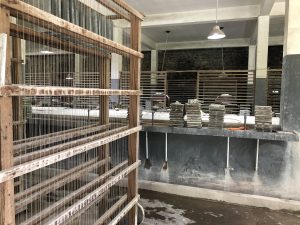 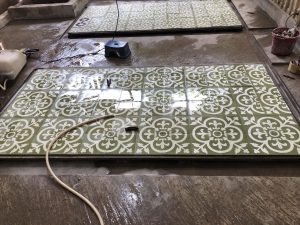 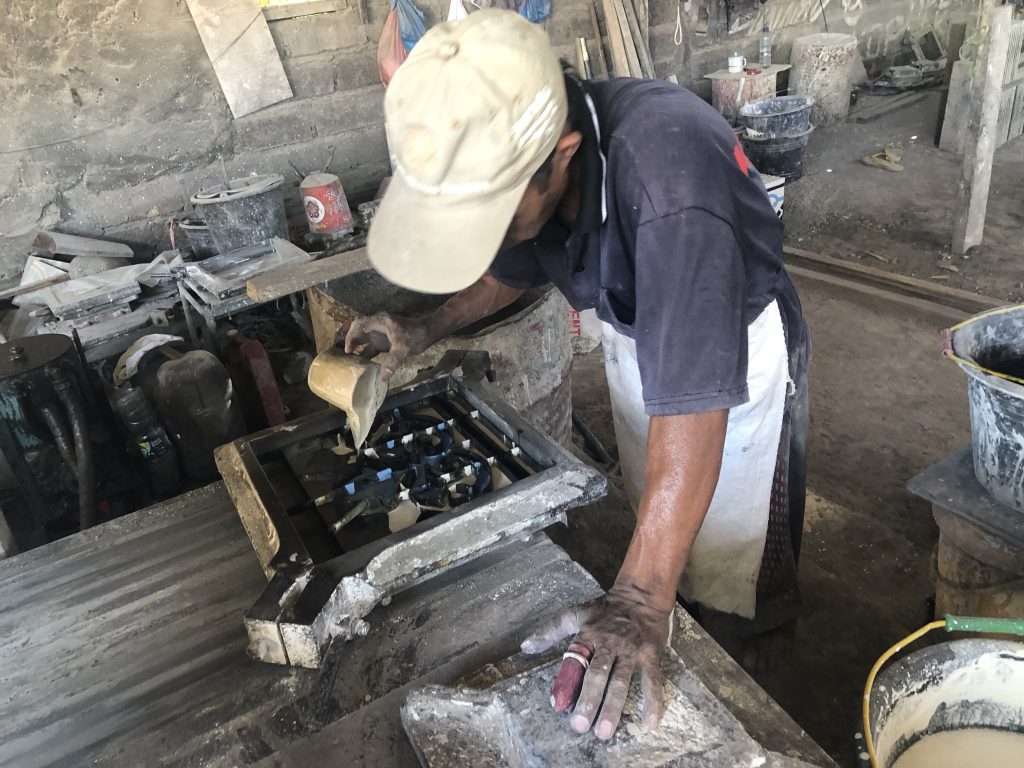